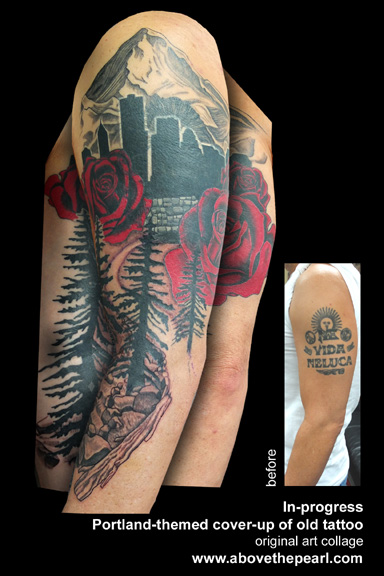 This cover-up is one of the toughest I have done so far. He requested a Portland running trail inspired tattoo. we still have a couple more sessions on this part of the project. We will most likely be adding things as time goes on. 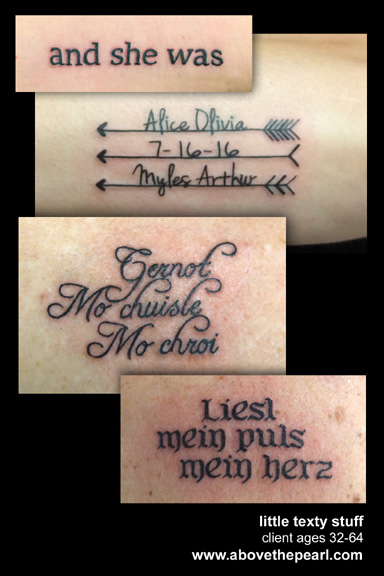 Lots of texty stuff. Ages range from about 32-64. Some first tattoos 🙂 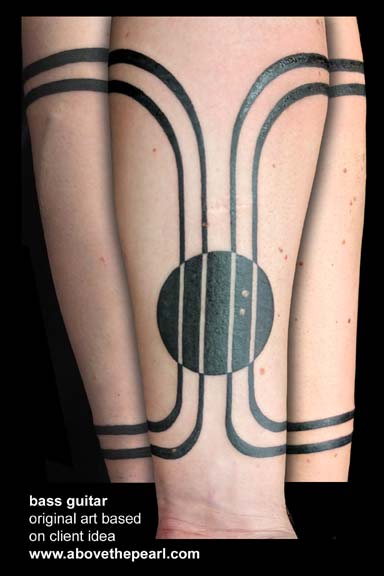 A bass guitar forearm. The idea was a rough sketch of an idea provided by my client. I cleaned it up and translated it to be a tattoo. The lines run all the way around the forearm. It was super challenging to connect them. 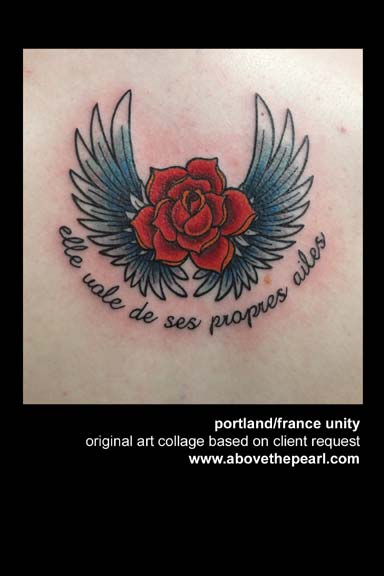 This was a first tattoo. She originally wanted a french flag with a quote. She was really into portland and soccer, so we interpreted the phrase “she flies with her own wings” into something viual, and tied in France and Portland using the flag colors. 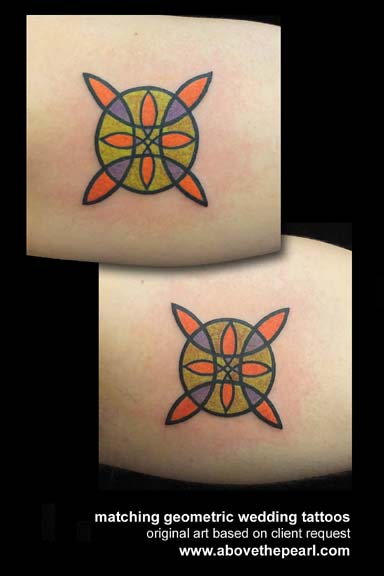 Some Geometric matching wedding tattoos. They originally came in wanting wedding rings on their hands….which is always a terrible idea, the proverbial kiss of death for any relationship. I do not tattoo hands, and was able to talk then into something that they can assign different meaning to, if the relationship ever dissolves in the future. True love can last a lifetime…a tattoo lasts 6 months longer. 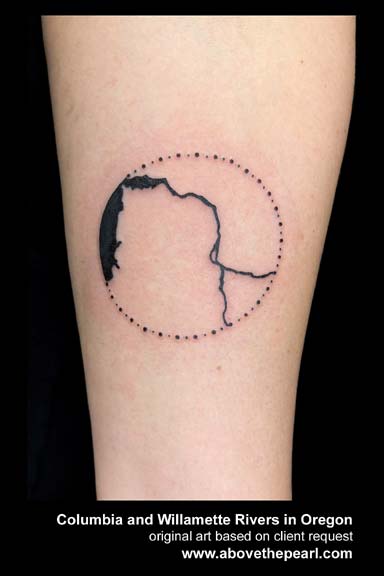 A little map representing the Willamette and Columbia Rivers in Oregon. 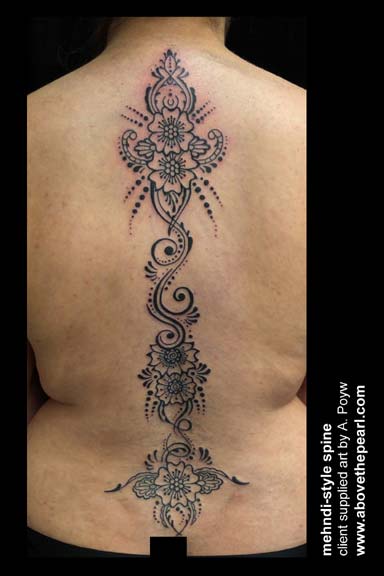 This is a replication of an image my client brought me. She was insistent that I do it exactly like the picture she provided. My many attempts to convince her to make some slight modifications, so she didnt have the same tattoo as someone else, was met with deaf ears. I will only argue so much….turned out nice. 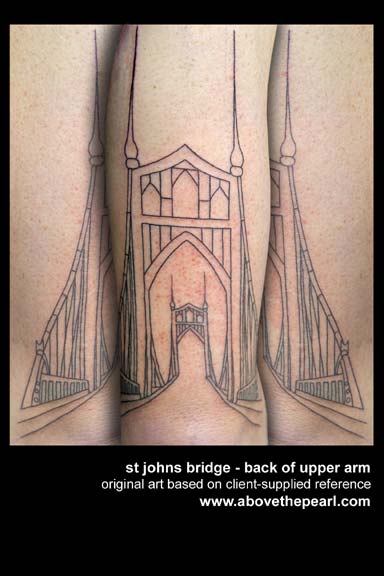 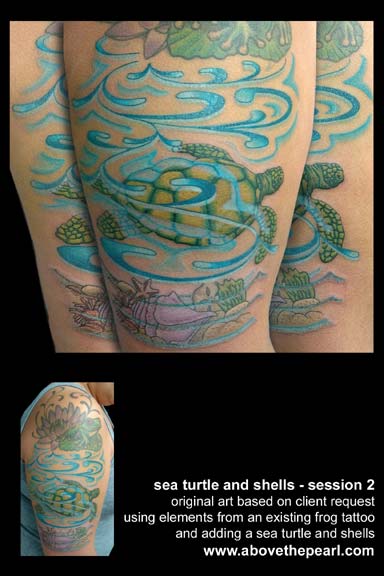 Here we added some water and a sea turtle to a lovely existing frog tattoo. The biggest challenge was connecting freshwater and saltwater creatures and environments.